Why Earmarks May Matter for Your Organization in 2019

2019 may be the first time in years that organizations and localities could benefit from federal earmarks. Earmarks have been banned since 2011, when vocal critics of earmarks persuaded Congress to implement an earmark moratorium. But there’s momentum for earmarks to return in 2019 – which could mean $10 billion in newly available federal funds for local entities. 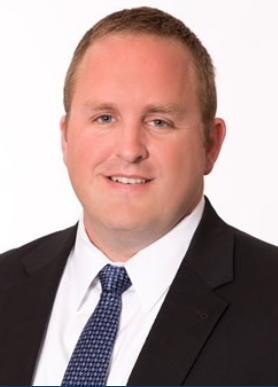 To learn more, we spoke with Gabe Below, Director of Federal Advocacy for LNE Group. LNE Group is a bipartisan transatlantic government relations and public affairs firm that has secured tens of millions of dollars in earmark for its clients, including nonprofits and government entities across Ohio. The firm has U.S. offices in Cleveland, Columbus, Cincinnati, and Washington, DC, and a European office in Berlin.

Forget what you may have heard about earmarks. These congressionally-directed federal funds were at one time embraced as valuable tools in lawmaking. In 2010, the last year before the earmark ban, Congress approved over 9,200 earmarks totaling $10.2 billion.

Elected officials were able to direct these federal dollars as local investments, benefiting worthy local programs and projects in their home districts. The late Senator George Voinovich, Republican from Ohio, secured millions of dollars for his Ohio constituents through the earmark process. Even former Congressman Dennis Kucinich, Democrat from Cleveland who often criticized earmarks, secured earmarks for his constituents.

Thanks to transparency procedures enacted by Congress in 2007, earmarks are subject to public disclosure. Comparatively, lawmakers have argued that in the absence of earmarks, the Executive Branch and unelected bureaucrats have had more control over funding decisions without accountability.

Let’s back up. What is an earmark?

An earmark is “congressionally-directed spending”: technically, a provision in annual spending legislation included at the request of a U.S. Senator or U.S. Representative to provide a specific amount of federal funding to an entity or locality.

Earmarks represent an avenue to funding for projects that might not advance in a competitive or administrative formula grant process. Local organizations seek support directly from their Senators and Representatives. Earmarked funds are administered to recipients by federal offices, like the U.S. Department of Transportation and HUD. The funding amounts can range from several thousands of dollars up to several millions.

If earmarks are reinstated, what kinds of organizations may benefit?

Earmarks funded local programs and projects of all types:

Fortunately, there are strong signals Congress may reinstate earmarks in 2019. Many of the original critics of earmarks are gone, and congressional leaders are looking for ways to ensure passage of bills with bipartisan support at a time when the political divide is great.

Many current Ohio Members of Congress in both parties (including Senator Sherrod Brown and Representatives Dave Joyce, Tim Ryan, and Marcy Kaptur) are well-positioned to help organizations secure earmarks if they reappear in 2019. Both Democrats and Republicans sought earmarks in the past, often jointly in a strong showing of bipartisanship.

The annual federal funding cycle will begin in February. Organization leaders can take preparatory steps now to be ready to try and supplement their existing revenue strategy with an earmark:

We’ll be watching carefully to see if earmarks come back in 2019. Contact us if we can help you access additional information and resources for your organization!