A ROLE FOR ADVOCACY IN GRANTSEEKING

2017 has been a year of waiting to see how political changes will affect the availability of government dollars. Severe budget cuts proposed by the White House would reduce and even eliminate discretionary grants distributed by states and localities to nonprofits to deliver a range of programs and services. Even before Congress approves the 2018 budget, some organizations are taking proactive steps to hold their ground in an uncertain funding climate.

When funding for its core programming came under threat, Open Doors Academy (ODA) considered only one option: push back. Within days of learning the Ohio Department of Education would not award new 21st Century grant dollars for the coming school year, ODA mounted a public education and advocacy campaign that engaged staff and board members, donors, funders, ODA scholars and their families, and partners across the state in a stunning call to action. In three weeks, under increasing pressure, the Ohio Department of Education reversed its decision.

Ed Stockhausen had been ODA’s Chief Advancement Officer for four months when he first heard of the state’s decision not to issue new grants in January 2017: “It was like being hit by a semi. Suddenly the biggest part of our budget was gone.” ODA operates high-quality after-school programs for middle and high school students living in at-risk communities using 21st Century Community Learning Centers funds. These are multiyear federal grants distributed to schools and nonprofit organizations by state education departments. Ed and his colleagues were already preparing to submit applications for 21st Century grants to fund five of ODA’s 13 sites. The loss of this opportunity would leave ODA with a $1 million funding gap that was virtually impossible to fill in time for the 2017-2018 school year, and that would effectively force closures, staff layoffs, and cuts in services affecting hundreds of kids.

Ed and his team could have resolved that this turn of events was outside their control. “But there was no way we were going out without a fight for the sake of our kids and kids around the state,” explains Ed, who knew 134 other programs would also lose out on funds to serve more than 22,000 youth that school year. Success depended on putting pressure on legislators and the Ohio Department of Education. "We wanted them to feel the impact of their decision," Ed says. ODA moved quickly to leverage their strongest assets: relationships built over many years with funders and donors, parents and schools, board members, and committed staff. Within days, Ed and his colleagues connected with their base, and armed them with the tools to take action. ODA also shared these strategies with partners across the state, who waged similar campaigns in their own communities. Ed explains the ask made to each segment of their audience:

Key influencers: The team called on their top stakeholders, including funders and board members, to work their connections. "We provided messaging and they made calls to their personal contacts in government and business."

Staff: ODA's CEO Annemarie Grassi required every staff member to make phone calls to government officials. "Our whole team basically did nothing else," Ed recalls. "Changing this funding outcome was a shared responsibility across the organization."

Media, supporters, and the public: A press campaign resulted in coverage by major news outlets across the state. The ODA team used phone calls, emails, and social media to distribute facts about the situation, phone numbers for key decision makers, talking points, and instructions for individuals to take action: "Policy makers need to hear from you. Call today and tell them why afterschool programs are so important to your child and your family."

Victory came in February, when the state announced it would reinstate the program. Applications opened in April with a June deadline. This meant fast work for ODA to prepare ten distinct proposals for its new and continuing programs. "To add drama to drama, we lost our associate director of advancement during this time," Ed says. "Fortunately Grants Plus was able to step in—not only to make sure we met the deadline, but to convey the details and impact of our programs clearly and effectively.”

The hard work of ODA and the community paid off in August, when the state awarded $44.3 million in 21st Century funds to Ohio grantees, including $21.16 million for 107 new programs. All ten—5 new and 5 continuing—of ODA’s requests were funded. “This is funding that almost didn’t exist this year, for us or for our partners, and especially for our kids,” says Ed. “It’s empowering to know that people pulling together can make a difference.” 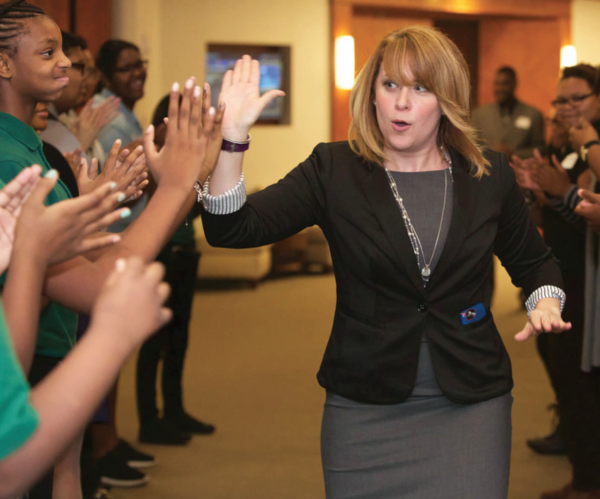 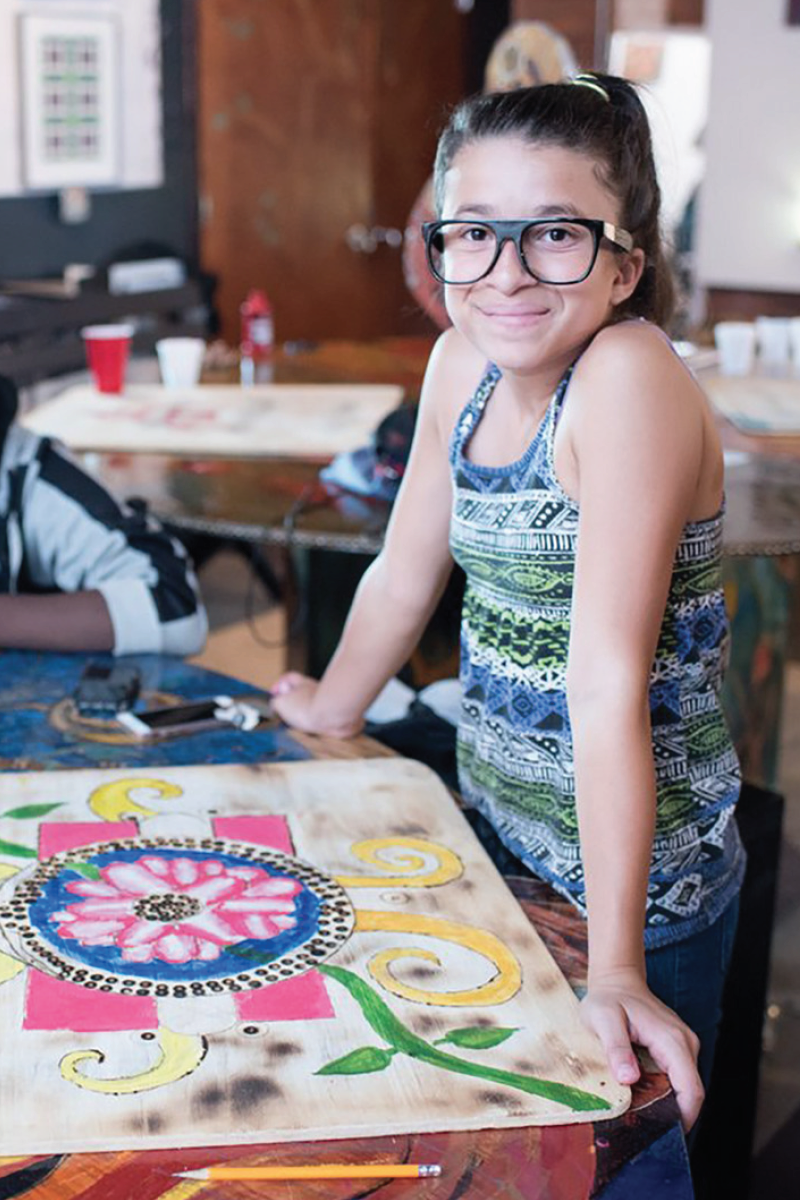 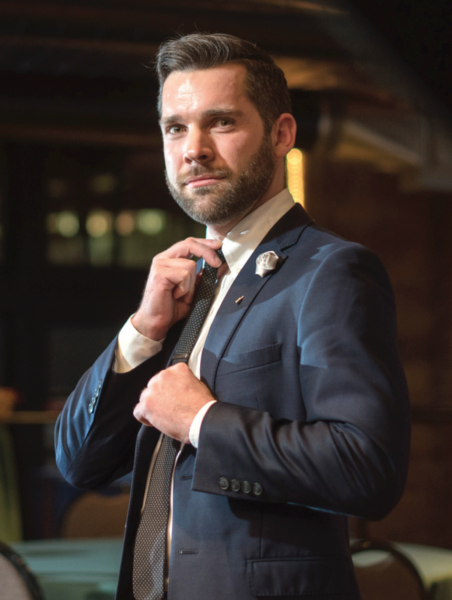 ED STOCKHAUSEN led a successful grassroots effort that resulted in the reinstatement of 21st Century grant dollars and secured the funding future for Open Doors Academy.

A BOARD MEMBER'S GUIDE TO

Fundraising is the noble act of inviting someone to act on his or her values.

Donating to a nonprofit gives people a chance to be involved in a cause they care about. Who better to extend an invitation than members of an organization's board of directors? The good news is that you are already an expert: you build relationships in the course of your work and life everyday. Apply these practices to your role as a board member, and you'll be on your way to helping grow funding for your nonprofit.

What is more meaningful than inviting others to share in something you care about?

Expose others to your nonprofit.
Succinctly sum up why YOU care.
Tell stories and post often.

Invite those who reflect your passion to join you in giving. This will be a natural extension of the conversation.

Listen for openness and curiosity. If you sense interest, ask questions, listen, and offer more information.

Tell others how it made you feel to donate. Describe how your gift was used. Plant a positive seed.

Repeat these steps again and again. We think you'll find that it's a rewarding cycle!

Board members can help secure a stronger stream of grant funding over time by
taking steps to foster and maintain relationships with foundation staff and trustees.

You may hold valuable relationships and networks that can help open doors to new funding. Share your key contacts with development staff. Offer to review foundation leadership lists to identify familiar names.

Funders want to see an engaged board. You can represent your nonprofit in key interactions by placing an introductory phone call to a foundation, being part of a site visit, and making conversation with funders at community events.

Encourage fellow board members to play a role in the grants process. Share stories about interactions with funders, encourage staff to give updates, and spark discussions about the ways board members can assist with grant seeking. 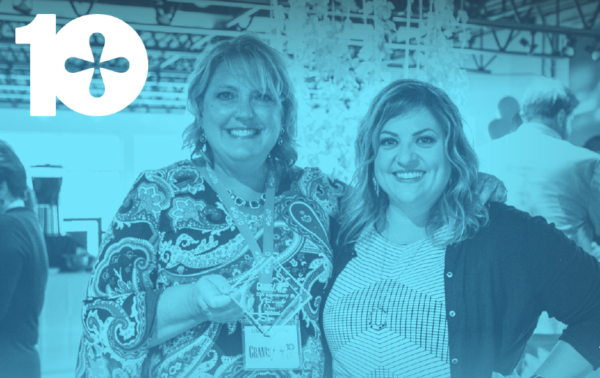 "When I founded Grants Plus in 2007, I could not have imagined the impact our team would have in the philanthropic community. We are privileged to partner with amazing clients. Thank you for being part of our first ten years of success!”

Grants Plus is celebrating 10 years since we set out to assist organizations in grant seeking.

In our first decade, we are proud to have raised more than $100 million in grant funding in partnership with our clients.

Building a legacy of leadership.